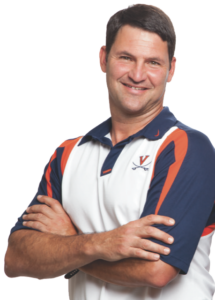 Damian Sancilio is the founder and director of Sancilio Tennis Academy, Richmond, Virginia’s premier tennis training program that draws players from the Mid-Atlantic region and beyond. Damian trains players at all levels who are driven by a passion for improvement; he is currently training a top-five nationally ranked junior. Damian’s proven method has taken him around the world to work with junior, adult, WTA, and ATP players alike. He is currently a consultant for the Sheikh Jaber Al Abdullah Al Jaber Al Sabah International Tennis Complex in Kuwait, the Middle East’s largest tennis facility, and traveled there for a month in early 2020 to consult with and coach the Kuwait Davis Cup Team as they prepare for the upcoming season. Sancilio is committed to working with players in his hometown of Richmond, where he has been inducted into the Richmond Tennis Association Hall of Fame and the Douglas Freeman High School Hall of Fame for his achievements in tennis. Damian has also been a certified USPTA Elite Professional, the organization’s highest level, for 32 years.

A graduate of the University of Virginia, Damian was a nationally ranked junior out of Richmond, VA, who went on to become a scholarship athlete at U.Va., where he played line-two singles and was elected team captain. He is also a two-time Richmond City singles champion. As a coach, Damian trained world-ranked Sabine Hack of Germany for four years, helping her move from a number 46 ranking on the WTA tour to number 13. Hack was nominated by the WTA as the most improved player on the tour after her first year of working with Damian.

Damian also coached the Kuwait Davis Cup team for six years and was the country’s national coach. Damian continues to mentor Max Schnur, a Sancilio Tennis Academy graduate and current ATP player who participated in the 2017 Wimbledon Championships, played Division I tennis at Columbia University and was the 2014 Indoor Collegiate Doubles Champion. Damian also was the private coach for Spencer Whitaker during Spencer’s formative years, ages 7-11, as he achieved a ranking of number three in the U.S. for boys 12 and under. Although Damian’s expertise in coaching enables him to work with highest echelon tennis players, Damian is just as enthusiastic about coaching the middle school player who very badly wants to make the school team. Damian’s motivation is fueled by players wanting to improve, regardless of their level.

In the past ten years, Damian has trained:

Sancilio Tennis Academy is Richmond, Virginia’s premier tennis training program for players of all levels. Built around Damian Sancilio’s proven coaching method, the academy offers a progressive approach for juniors and adults seeking to improve their game through hard work guided by customized lesson plans designed to improve performance and unlock potential. When you join the Sancilio Tennis Academy, you are guaranteed a small class size (we maintain a strict 1 to 6 coach to player ratio), a customized training plan that aligns with your current level of play, and a supportive and fun tennis community to grow with you throughout your tennis career.

“Damian taught me for 10 years and is the best teacher that I have ever had. Not only did Damian teach me the fundamentals of tennis he also mentored me throughout the years. Damian taught me about teamwork, how to maintain focus, and he taught me how to set goals and follow through with them. The best thing about each lesson was that no matter how many mistakes I made, Damian never leaned towards negativity. Damian always remained positive and compassionate towards my feelings. He showed me that within each loss or failure, there was something to learn.”

“Life gives you what you fight for.”